My post, Is Aunt Jemima my Confederate Statue , received few comments but a lot of feedback from readers who connected with me personally. It’s clear people are conflicted. They love the Auntie J products but aren’t thrilled with the branding. Yet, it hardly has any impact on which pancake mix they reach for even when delicious Bisquick is sitting right there.

Personally, I think Bisquick is the better pancake mix but the question is, ‘What attracts people to pancakes – a smiling black lady with perfect teeth and ruby red lipstick or a stack of pancakes?’ I’m willing to bet that smile won the hearts and wallets of far more pancake consumers than the hardcore yellow box lovers. 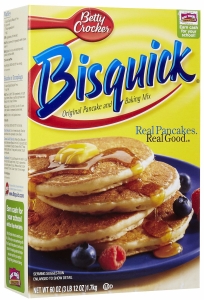 One guy told me there’s a huge spirit of sensitivity out here right now and decisions are being made more from the heart and less from the head.

Even with all the rollbacks, name changing, firings, apologies, new holidays, Town Halls, talking heads, and every streaming service bundling all the black movies they can find into a banner at the top of their homepages, people are still asking ‘When will things change?’ as if they’re blind to all the changes made in the past month.

Speaking of sensitivities, I had to wonder who makes decisions at Target when I saw this display of Aunt Jemima on sale on an end rack. Any other time it probably wouldn’t have phased me, but something about an auction block came upon me considering Auntie J’s origin story and the fact that her days are numbered. 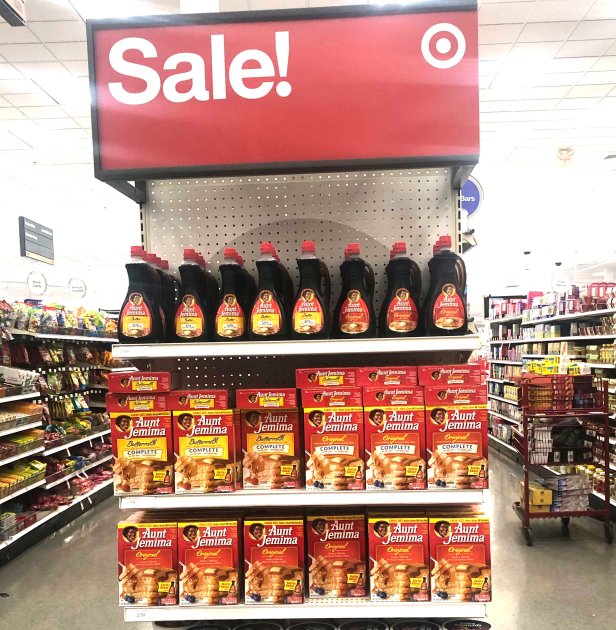 I recall rushing to Macy’s the day after they announced they were no longer carrying Trump’s line of men’s clothing after what he said on the campaign about Mexicans. I asked the lady where the clearance table for Trump shirts and ties were. She said we got rid of them all last night. I reminded her: first, how great quality Trumps clothes are (which was my motivation especially if I could get ’em at a deep discount) and second, how rabid his followers are who would buy everything Trump, especially if he became president. She gave me a dirty look and walked away just as Macy’s walked away from thousands of dollars in sales which could have been avoided if the clerk had only told Mr. Macy what I suggested.

4 thoughts on “Is Aunt Jemima on the auction block?”