I nervously walked into the editor’s office to make a plea. ‘People in Chester hate that this paper keeps putting out bad news stories about Chester.’ I didn’t know him like that. I was the newest hire at the Daily Times and didn’t even work in the newsroom. I sensed I wouldn’t be there long and decided to represent on Chester’s behalf while I could.

I pitched they do a story on Dr. Lovell Harris, MD, a Chester native who was the most popular family doctor in Chester at the time. The editor listened, said it was a good idea, and followed through with a huge front page story with a 4-page spread on Father’s Day. He did ask me if I thought it would sell more papers in Chester. I didn’t have a clue, but I said yes anyway.

It didn’t sell more issues. In fact, a homicide occurred the day before that issue came out and I know if that hit the front page, papers would have flown off the shelves. That was my first lesson on how good news is good but bad news sells papers. 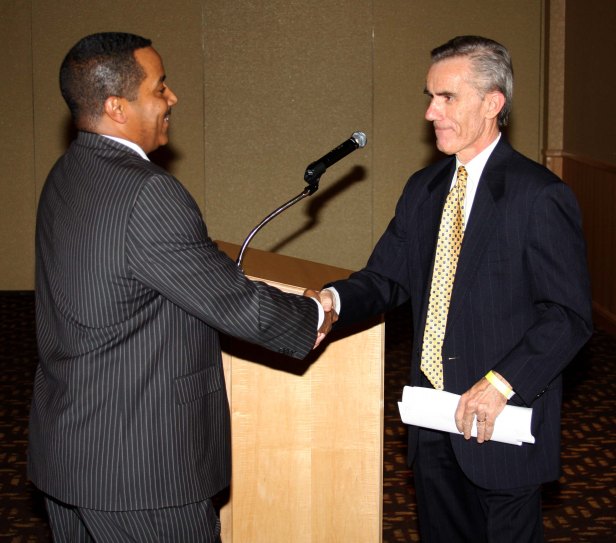 I started popping into Phil Heron’s office a little more frequently. We had a lot of strange things in common, most notably, we both spent time in Boulder, Colorado. There’s not many people from here that lived out there who I can shares stories with.

I learned a lot in my 10-months at the Daily Times; enough to take a stab at starting my own paper. I wanted to be like Phil, have a bunch of people writing and contributing to the paper and all I had to do is lay it out and get it to the streets. I thought I’d build it and they’d come, but I found almost right away that no one contributed. Even to today, it’s tough getting people to send press releases, editorial, photos, or story ideas. So, if I wanted to publish a paper, I learned to do it all myself.

I’ve leaned on Phil Heron when I was frustrated or just needed a shoulder to cry on. He always reminded me it’s a tough business but what I was doing was important and to keep pushing.

In one of my notes to him this week, he replied by reminded me one of his favorite moments was being asked to be the keynote speaker at my 2-Year Anniversary Party for the Chester Spotlight Paper in 2008. I almost forget about that and never knew how much it meant to Phil to be there. All the photos in this post are from that event. Phil probably haven’t seen any of these.

I’ve enjoyed complaining and complimenting Phil over the years about the front pages on Chester. They haven’t all been bad. So, yesterday, knowing it was the last time he’d be laying out a paper for the Daily Times, I insisted he put himself on the front page. Of course, I knew he wouldn’t do it, so I get to complain one last time. “Hey Phil. Harrah’s losing money is no where near as important a front page story than the Delaware County Daily Times losing Phil Heron.” 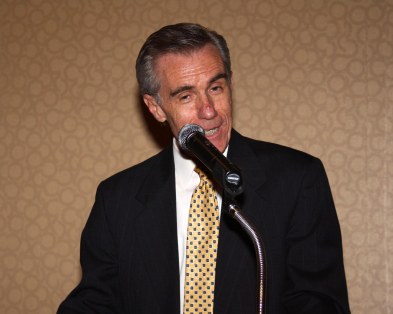 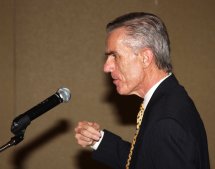 This post is my front page story for Phil Heron. I’ve seen this day coming and have tried to warn my readers. No one seemed to care, but I do. I told my mom earlier in the week Phil’s last day was Friday. She nodded which tells me she won’t believe it until she reads it in the paper, just the way Phil would want it.

As a Villanova electrical engineer who has worked in natural gas, oil, water, telecom, and IT for most of my life, I never saw publishing as an industry I’d learn to love. I even remember meeting a professor of communications in college and wondered why anyone would study how to communicate. I know I’m rough around the edges in this space and watching guys like Phil Heron do it to near perfection for so long has helped me along.

Hate to see him go but so glad he’s getting out. As great as he is at what he does, he can’t save the Delaware County Daily Times. If he wants to stay in the game, there are other outlets on the rise that would provide mutual benefit and much better working conditions. 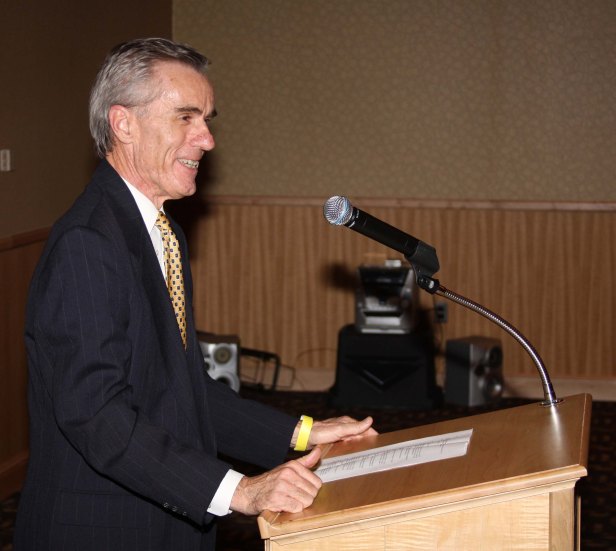