A buzzer beater by senior Brian Randolph III gave the Clippers a 55-52 decision over the visiting Newark Yellowjackets. With the win, Chester improves to 6-5 and remains undefeated in the new year with a 5 game winning streak.

The Clippers ended the first quarter strong with 17 by scoring on their last four possessions. Senior Kylair Blackston started the run in the paint with a layup followed by two free throws from Michael Smith. On their next possession, senior Isaiah Schmidt scored on a four point play knocking down the free throw after being foul on a three-pointer. Smith completed the scoring also hitting a trey off a feed from Schmidt. Chester – 17, Newark – 11. 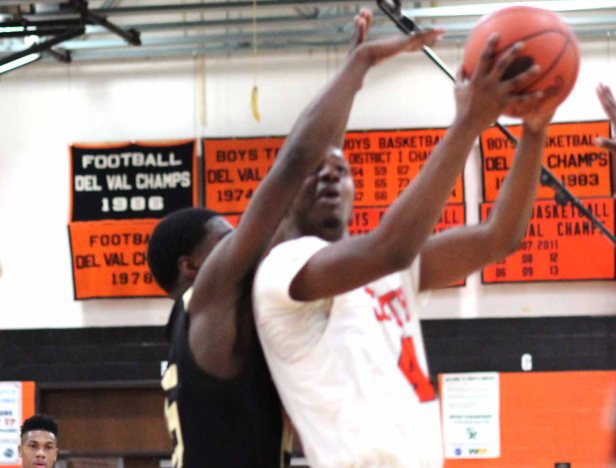 Smith connected on 5 of 7 free throws scoring the Clippers first 5 points of the 2nd quarter before his back-court mate sophomore Rahmee Gilbert took over. He would score 8 of the Clippers next 10 points including 4 of 4 from the foul line enroute to a new career high of 16 points. Junior Rahnel Sparks short baseline jumper completed the scoring for the Clippers. At the break, Chester – 32, Newark – 23.

The third quarter saw Randolph connect on two treys and Gilbert connect on a trey to close the quarter as the Yellowjackets drew closer going into the final stanza. Chester – 43, Newark – 41.

After opening the 4th with a turnover and a missed shot; the Clippers now trailed for the first since the 1st quarter, 43-44. A free throw from Gilbert tied the score at 44 with 6:40 remaining. After trailing 44-45, Gilbert would give the Clippers the lead once again at 46-45. The Yellowjackets would produce a 5-0 run before a Randolph assisted bucket by Blackston reduced the Chester deficit to 48-50 with 2:50 on the clock. 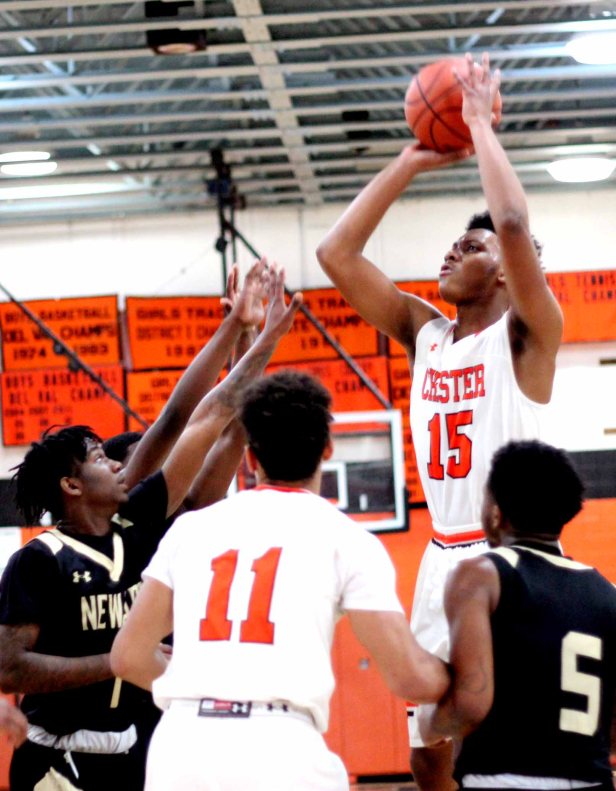 The Clippers would then turn consecutive Newark turnovers into baskets. First Blackston would return the favor and gave an assist to Randolph and then a steal by Blackston led to another Randolph bucket at the 2:00 mark. Chester – 52, Newark – 50.

The Yellowjackets turned a Clippers turnover into points to tie the game at 52. Chester would milk the clock over the next 45 seconds setting up the final play.

With about 6 seconds on the clock and the Newark coach yelling “Watch #2, he’s the shooter”, (by the way Randolph wears #2) Gilbert begins to penetrate on the left lane line with Randolph trailing him behind the arc on his left. As the defenders close to stop the penetration, Gilbert kicked out to Randolph who calmly knocked down the trey with 0:01.8 seconds remaining giving the Clippers the lead 55-52. Newark called for a timeout and their inbound pass was stolen by sophomore Malik Langley to start the celebration.

The Clippers had three players in double figures: Gilbert (16), Randolph (15) and Smith (12). Blackston contributed 6, Schmidt (4) and Sparks completed the scoring with 2 points.

Chester will return to league play on Tuesday, January 16th when they travel to take on the Glen Mills Battlin’ Bulls for a 3:30 Varsity tip-off. The JV game will follow.

The Clippers keep their winning streak alive with a 70-62 overtime decision over the visiting Bartram Braves. Having won their 4th consecutive; their record now stands at 5-5.

Michael Smith led the way with 6 first quarter points and fellow junior Rahnel Sparks knocked down a couple jumpers in the paints for 4 of his 8 points. However it was not enough to offset the long range shooting of the Braves as the Clippers trailed 12-14 after one.

Smith continue to carry the team in the second quarter with 7 of the team’s 12 points. Senior Isaiah Schmidt came off the bench to drain a trey and sophomore Rahmee Gilbert hit a floater but Chester still trailed 24-28 at intermission.

After doing a good job of protecting the three point line in the 2nd quarter, the Clippers fell asleep in the 3rd allowing Bartram open looks which they drained. Senior Brian Randolph III picked up the scoring for the Clippers in the 3rd connecting on two treys, Sparks added his final 4 points and Smith closed the scoring with a bucket. Leading by a score of 44-37, Bartram called for a timeout with 0:05.6 second remaining in the 3rd. The Braves ended the quarter with a buzzer beater trey and the Clippers were now down by 10 going into the final quarter. Chester 37, Bartram – 47. 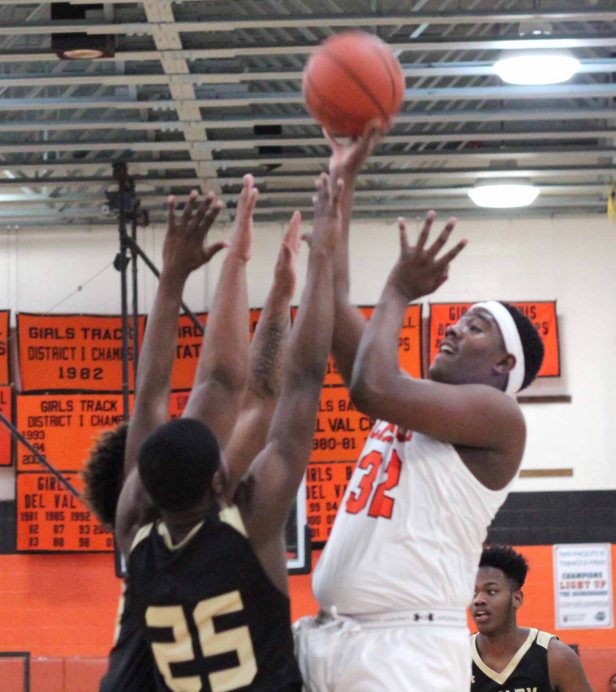 The final eight minutes were all about the Clippers defensive pressure and the unstoppable Michael Smith. Smith accounted for 11 of the Clippers 23 fourth quarter points including 6 of 6 from the free thrown line. After senior Timothy Johnson scored his only 2 points with a baseline jumper, Chester trailed 56-60 when Bartram called for a timeout with 1:59 on the clock. After the Braves missed the front end of a 1 and 1, Smith found himself on the line where he knocked down 2. Chester – 58, Bartram – 60.

The Clippers forced another turnover and Brian Randolph fed Zahmir Carroll coming down the lane for his 6th point of the night and the score was tied 60-60 with 37.6 seconds remaining. The Clippers once again gained possession and an untimely turnover with 3.6 on gave the ball back to the Braves. The Clippers didn’t allow their opponents to get off a shot. The Clippers were deadly in the 4th from the free throw line going 10 for 10. Overtime Here We Come.

The Braves won the tap but the Clippers rebounded their missed shot and Brian Randolph III opened the overtime with his third trey to the give Chester the lead for good 63-60. Another forced turnover and Smith was back at the foul line where he knocked down two more. Chester – 65, Bartram – 60. The remainder of the OT was simply time management by the Clippers.

Smith finished with a career high of 31 points including connecting on 13 of 14 free throws. Randolph added another double double to his resume with 11 points and 12 rebounds. Smith’s backcourt mate, sophomore Rahmee Gilbert added a career high 5 rebounds to go along with his 6 points. Sophomore Malik Langley subbing for defensive purposes in the overtime connecting on 1 free throw.

The Clippers will return to action at the Clip Joint on Monday, January 15th when the Newark Yellowjackets visit. JV will tipoff at 1:00 pm with the Varsity to follow.